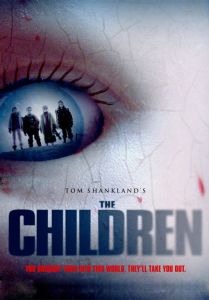 I’ve known it for a long time and two other movies have proven it: children are evil little f*ckers and should be avoided at all costs. The Children, perhaps not so surprisingly, has done nothing to rid me of this view and, on the whole, the movie was a good 80 minute distraction. Playing nicely on the evil child theme, it examines exactly what happens when adults have to choose between protecting themselves (and their other children) and following their parental instincts. What I did find, however, is that none of the parents in the movie are at all likeable and there is a definite smell of sleaze in the air with most of them. I think this is what put me off a little: the children are genuinely creepy but their parents grated against my nerves so much at times that I couldn’t decide who I was backing. 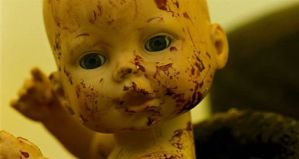 It’s a story as old as time itself: yuppie big-city parents Elaine and Jonah come to visit rural buddhist relatives Robbie and Chloe for Christmas and New Year’s to catch up on what’s happened throughout the year and so that the children can learn to bond as cousins should. And then there’s Casey, the rebellious teenager who Elaine had her when she herself was a teenager, who has no desire to bond with her young cousins and sibling at all. The assembled company gathers together for drinks and snacks and conversations that should never be held in front of young children, but something other than the conversation is a little off. Little Nicky, Elaine’s young son, arrived at the house feeling rather ill and threw up just after he got out of the car. Something about this illness is making him rather testy with a tendency to smack any adults that come near him. 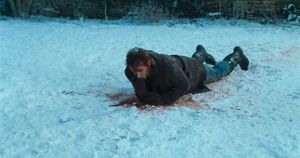 Now, while the children get progressively more ill and irritable, the parents become more and more unlikable. Jonah’s only reason for being at this little gathering is to try to get Robbie to help him smuggle traditional Chinese medicine over the border (you’d think there are better things you could smuggle across the border, but anyway…). Robbie is quite content to smoke weed out in the dilapidated greenhouse while looking up Casey’s skirt. Chloe is an odd combination of free-spirited hippy and judgmental Victorian mother. The only somewhat likeable people are Casey and Elaine, mainly because they behave in a way that is fitting for their characters. While all of this is panning out and the family cat has mysteriously disappeared, the children have some nasty surprises waiting up their tiny little sleeves. 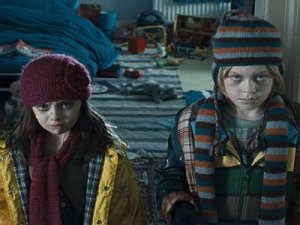 Parents, bless them, never believe that their children have the capability and innocent appearance to do the devil’s work. This inability to believe in the innate evil of children is what leads to the first ‘accident’ in our little tale: Robbie going down a hill on a snow sledge face first into a rake. The police can’t get there fast enough because of the snow blocking the roads and now the kids are off running around in the forest surrounding the house. But even as the kids become more assertive in their attacks and more violent in their attempts to be rid of their parents the adults are still unwilling to accept what is happening, with Chloe and Jonah being exceptionally irritating on the matter. Only Casey seems to understand entirely what is happening and it is her mission to protect her mother from her baby brother and his cousins. This will be no simple task since children are quick and tiny and difficult to catch while adults are big and strong and capable of throwing you across the room.

Can Casey save the day and make it to the party she wants to attend? Can traditional family values win in a situation where children are trying to kill you? All these answers and more when you watch The Children!